Do you remember we said that we had tried out some new recipes for Thanksgiving? (And was that really just two weeks ago?)

Well, one of them was for these apple roses, which we thought would be a cute version of apple pie:

They should really have some icing sugar sprinkled over them, but more about that later…

We’d seen several recipes for these on Pinterest so decided to give them a go. They seemed pretty simple – but we all know about things that seem simple on Pinterest….

Anyway, these are actually pretty simple. This is our recipe, which is based on a mixture of several that we found online, but sadly doesn’t have the same fancy photography as any of them! These would be equally good for Christmas.

Grease a non-stick muffin tin with some butter.

Core the apples, cut them in half, put the cut side down and slice across. The slices must be really thin. Put the slices into a microwaveable bowl of water with a squeeze of lemon in it.

Microwave for about a minute – just until the slices are floppy.

Unroll the puff pastry, roll out slightly more with a rolling pin and then cut into 8 strips. 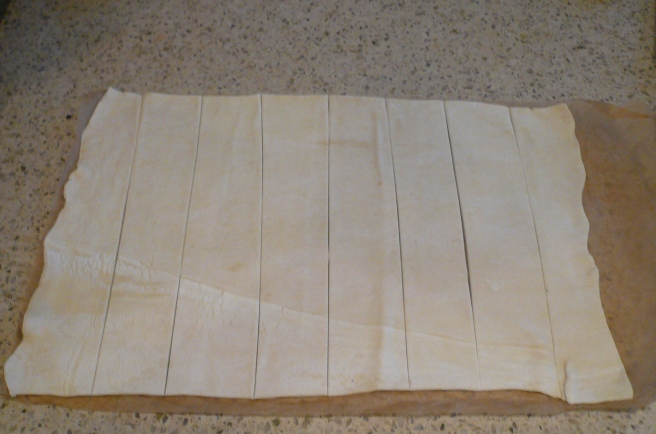 Then spread a little of the jam/water mix on one strip, sprinkle with a little cinnamon. (If you wanted to make them especially Christmassy, you could use mincemeat, which wouldn’t need mixing with water.) 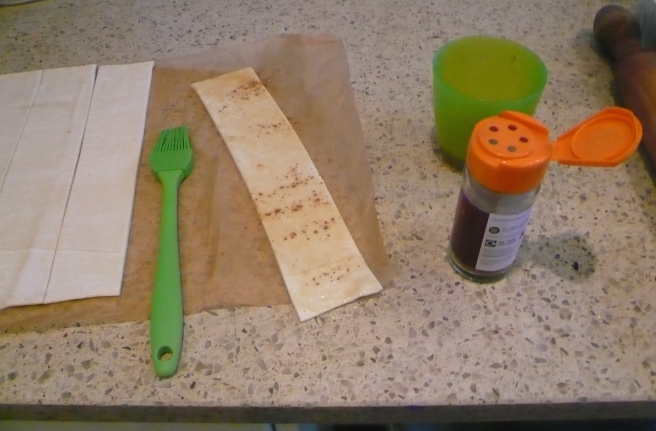 Then place overlapping slices of apple along the top length and fold the pasty over like this: 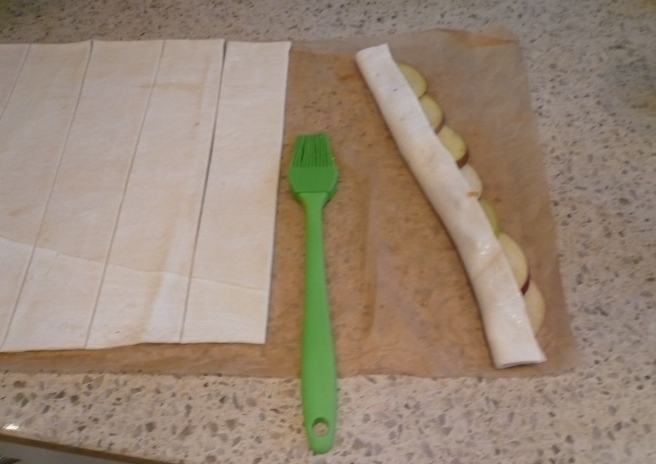 You’ll need 7 or 8 slices of apple for each one. Then just roll up from top to bottom – this is actually easier than it sounds because the slices of apple are floppy – and place in the tin.

Then bake for 30 – 40 minutes. keep an eye on them though – because the apple slices are so thin, they burn easily. If it looks like the apple will burn before the pastry is cooked, cover them with some greaseproof paper. It’s important that the pasty is cooked all the way through.

Ours came out looking like the picture at the top. When they are cold, sprinkle with icing sugar. Sadly we don’t have a picture of that stage because we were running late and by the time the roses were cold, our guests had arrived so we prioritised drinks and canapés instead. And then when it was time to serve them, it didn’t really seem appropriate to start taking photos!

But they went down very well. If you left one of these for Father Christmas with a glass of the Christmas pudding spiced rum, he would either think you were very nice or that you had been very naughty indeed and were trying to make up for it at the last minute!